Posted on February 8, 2019 by School of the Future
We are pleased to announce an evening with Mike Fraser, who will be speaking about the challenges parents face raising children in the modern age of social media and the internet. 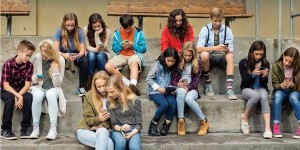 Mike Fraser is a New York State-Licensed Clinical Psychologist in private practice on New York’s Upper East Side. He has been a featured speaker on the topic of Compulsive Internet and Video Game Use at the New York State Psychological Association’s Annual Convention in New York City. Twice he has been the recipient of the Weill Cornell Medical College Department of Psychiatry’s Outstanding Teacher Award, and is the current Chair of the Psychology Directors of New York State (PSYDNYS).
A letter from our Principals in the importance of attending this talk:
Click here for English
Click here for Spanish
Click here for Mandarin