Welcome to our new Senior Spotlights page!  Each week we will highlight 5 of our amazing senior students. 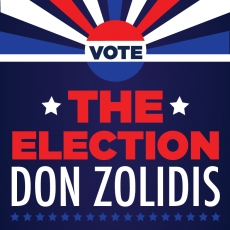 The MS math team did it again this weekend! We have medaled in every competition we have been in this year! (Truly a first for the MS Mathcounts team.)  On Sunday, February 9th, SoF middle schoolers, Bernice Negrin (Grade 6), Jackson Zheng and Sophia Lin (Grade 7), and Saksham Thapa (Grade 8), competed in a Mathleague competition against Brooklyn middle schools.  Jackson earned 3rd place overall for all 7th graders competing.

We attribute the win to great team work, fun, and the ritual of getting pizza before each meet!  Ms. Thole (advisor) is proud of everyone on the team! 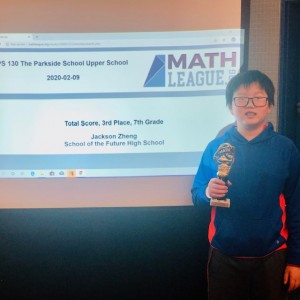 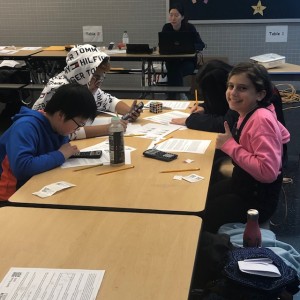 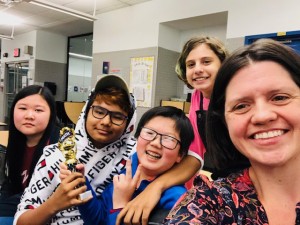 Posted on February 6, 2020 by School of the Future

Our SOF HS Robotics team, SOF RC, participated in the citywide qualifier of the First Tech Challenge competition on January 26 at Horace Mann school in the Bronx.

For this year’s challenge, our team designed and built a light and fast robot with an arm that picked up and moved custom 8 by 4 inches blocks on a special platform.

Each team competed in a pair format during five games where an alliance partner in one game could be an opponent in the other. Unfortunately, during all of our games, our alliance partners had technical difficulties which prevented them from using their robot to function well in the field. Our SOF team managed to win one game and tied another when playing against an alliance of two teams with two functioning robots.

For next year, our team plans to get ready for multiple scenarios both in a team and individually in order to overcome difficulties that our alliance partners may have.

Our students had fun and performed well in their role in the team on a long day packed with activities. They practiced various engineering skills including documenting their journey in an engineering notebook as well as presenting their work to a panel of judges consisting of engineers, teachers and parents. Go SOF RC! 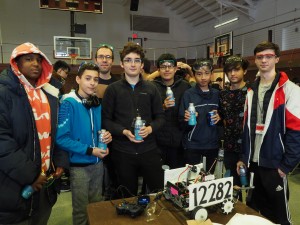 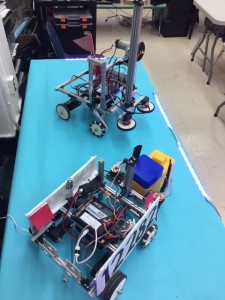 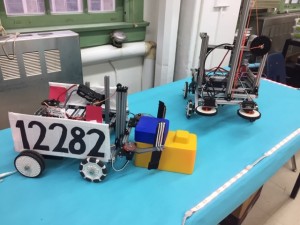